The World Campus Alumni Society Board is a volunteer advisory board that plans events, meetings, and other support activities for Penn State World Campus and its alumni.

Board meetings are open to all World Campus Alumni Society board members. If you are interested in attending a board meeting, please email Penn State World Campus alumni relations at wcalumni@outreach.psu.edu. 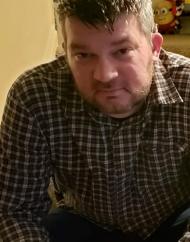 Stephen earned a Bachelor of Science in Psychology in 2013 and a Master of Professional Studies in Human Resources and Employment Relations in 2017, both from Penn State World Campus. He is the human resources generalist for Shaner Hotel Group, located in State College, Pennsylvania, where he supports more than 50 hotels located throughout the east coast of the United States. Stephen enjoys attending Penn State athletic events on Penn State’s University Park campus with his wife, Tammy. Stephen and Tammy’s apple-head Chihuahua, Snuggles, is their pride and joy. 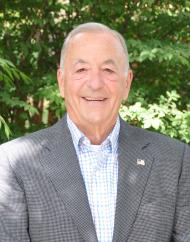 Jim has been a senior executive in the specialty scrap metal business for most of his career. He is a past president of the Institute of Scrap Recycling Industries in Pittsburgh and currently serves on its board of directors and is also a national speaker in the metals industry. Jim is a U.S. Army veteran of the Vietnam War and is currently vice president of Operation Valor Arts, a veterans’ organization. He has served as a councilmember in the Borough of Franklin Park, Pennsylvania. Jim received an Associate in Science in Business Administration in 2003 from Penn State World Campus and is a member of the Penn State Greater Allegheny Advisory Board. 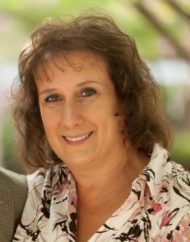 After starting her studies at Penn State Altoona, Theresa received a Bachelor of Arts in Letters, Arts, and Sciences in 2012 and a Graduate Certificate in Enterprise Architecture in 2014 from Penn State World Campus. She has also served as an alumni ambassador for Penn State World Campus since 2012. She has worked at a number of security software companies in sales, helping organizations achieve their business goals with her knowledge, dedication, and persistence. Theresa enjoys traveling and spending time with family and friends. She loves watching the Penn State Nittany Lions every Saturday during football season with her husband, who is also a diehard fan. Theresa is also a true Pittsburgh Steelers fan! 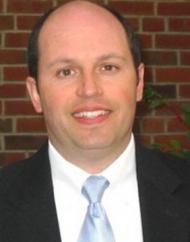 Rich is an adviser for Penn State World Campus students in the advertising/public relations, economics, labor and employment relations, and organizational leadership degree programs. Previously, he was an assistant vice president at Ferris, Baker Watts, Inc. Rich has taught communications courses as an adjunct instructor at Elizabethtown College and Misericordia University. He earned a B.A. in communications from the University of Pittsburgh, an M.A. in professional studies from Towson University, and a master’s in adult education from Penn State World Campus in 2008. 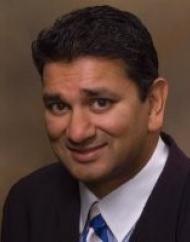 S. Ron is the regional branch manager for Voya Financial Advisors, Inc. for the Tax-Exempt Market Division specializing in health, education, and government markets. He is also the managing partner and president of Arjuna Envirotech Inc., a venture capital/private equity–related company that assists in bringing technology and business enterprises out of the incubator and to the market. Ron’s academic background includes an Associate in Arts in Letters, Arts, and Sciences, a Bachelor of Arts in Communication Arts and Sciences, and a Master of Professional Studies in Organization Development and Change — all received from Penn State. Ron is also currently a fourth year in-residence Ph.D. student at Penn State in Workforce Education focusing on Organization Development and Change. Ron is a decorated disabled U.S. Navy veteran and is a recipient of the Navy Achievement Medal for Heroism. He is an advocate for veterans’ rights as well as for adult learners across the nation. Originally from Pittsburgh, Ron currently lives in State College, Pennsylvania, with his wife, Tara; his sons Alex and Nicholas; and his daughter, Caroline. 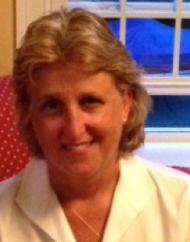 Beth began her time with Penn State World Campus by earning a graduate certificate in logistics and supply chain. Immediately following the completion of this certificate program, she went on to earn a Master of Supply Chain Management in 2008 from Penn State World Campus. Beth is currently the senior manager of N.A. Warehousing-Supply Chain at Hasbro in Providence, Rhode Island. Prior to joining Hasbro, Beth led supply chain/logistics teams at Ocean Spray Cranberries and The Gillette Company. During her free time, she enjoys being out on her boat and spending time with her family. In 2018, Beth was honored as a recipient of the Outstanding World Campus Graduate Alumnus Award for her work as a mentor and for being the first World Campus alumna to serve on the Penn State Alumni Council. 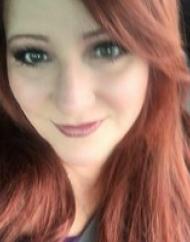 Marsha has more than 20 years of experience as both an information technology engineer and in recent years as a solution architect in datacenter and cloud architecture solutions for large enterprises and universities. Marsha has a bachelor’s degree in political science and Spanish from Purdue University, a master’s in education from Duquesne University, and a Master of Business Administration from Penn State World Campus, which she earned in 2013. In her free time, she enjoys reading, playing with her dogs, archery, and helping advance STEM careers among women in her community. 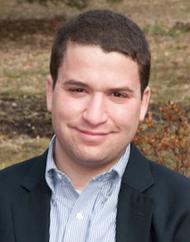 Andrew has extensive experience at the helm of entertainment productions around the country. 30th Street Entertainment is an independent production company based in Philadelphia. Andrew’s Penn State World Campus experience is unique; while remaining a student at Penn State’s University Park campus on an internship, he was able to take classes in the Philadelphia area as a full-time World Campus student. This gives him unusual perspective into the experiences of both the resident instruction student and the online student. 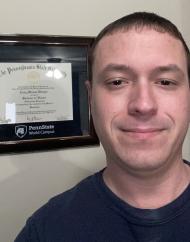 Cody earned an Associate in Science in Business Administration in 2014 and a Bachelor of Science in Business with a marketing and management option, a minor in information sciences and technology, and a minor in entrepreneurship in 2017, all from Penn State World Campus. Cody is the warehouse manager of Furniture Galleries, in Butler, Pennsylvania, and manages IT and flooring claims with ProSource Wholesale for 5 locations throughout North Carolina, South Carolina, and Georgia. Cody’s family also owns and operates a small business in his hometown of Hilliards, Pennsylvania. Cody enjoys being a musician; he performs with two community groups and conducts a local big band. 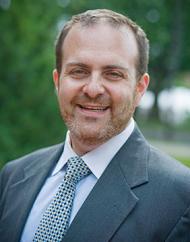 Eric has helped nonprofit organizations improve their processes, planning, and outcomes for more than 12 years as a volunteer, staff member, and consultant. Eric came to Penn State as a major gift fundraiser in 2004, having supported the Commonwealth College, the University Libraries, Penn State Cooperative Extension and 4-H, and the College of Agricultural Sciences during his tenure. He formerly worked for WinMill Software, a New York City–based Internet solutions and professional services firm. Eric earned a bachelor’s degree in business management and organization from Penn State’s Smeal College of Business and a Master of Professional Studies in Community and Economic Development from Penn State World Campus in 2010. 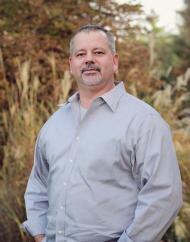 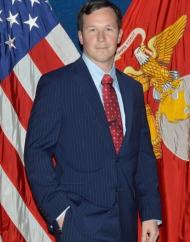 Richard is a Major in the United States Army, where he has served for more than 15 years. He is currently stationed at Fort Bragg in Fayetteville, North Carolina. Throughout his military career, he has specialized in counterterrorism, special operations, emergency management, and Army aviation. He earned a bachelor’s degree and an MBA from Eastern Michigan University and a Master of Professional Studies in Homeland Security from Penn State World Campus in 2016. He actively serves as an alumni ambassador for new and prospective students and is a diehard Penn State football fan. 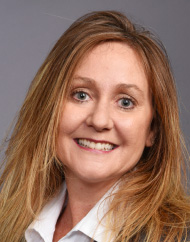 Lisa earned a bachelor’s degree in public and social services in 1996 from Kennesaw State University and a Master of Professional Studies in Human Resources and Employment Relations in 2014 from Penn State World Campus. She is a vice president, human resources for Revere Control Systems, located in Birmingham, Alabama, where she supports employees in five locations throughout the U.S. She has served as a Penn State alumni ambassador since 2015. Lisa has been married to her husband, Mike, for 29 years, and she has three wonderful children, Anthony, Nicholas, and Lauren. She enjoys attending her children’s sports activities, spending vacation with family and friends, golfing, and relaxing by the pool, lake, or beach. She enjoys watching Penn State Nittany Lions football with her family and other alumni. 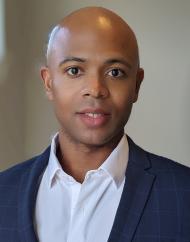 Andrew earned a Master of Finance in 2015 from Penn State World Campus. He is currently the director of financial planning and analysis for Abbott Laboratories’ Medical Device Division in Minneapolis, Minnesota. In addition to his Penn State degree, he holds an undergraduate degree in psychology from Washington State University and an MBA from City University of Seattle, and he is currently attending MIT’s Sloan School of Management to obtain his Executive MBA. Andrew is married with five kids, and in his free time, he enjoys watching Penn State football, working out, volunteering at his church, mentoring at-risk youth, and spending time with his wife and kids. 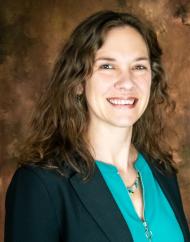 Heather earned a Bachelor of Science in Organizational Leadership with a minor in Psychology in 2014 from Penn State World Campus. She also earned her master’s degree in industrial & organizational psychology and is currently working on her Ph.D. in industrial & organizational psychology with an HR focus. Heather holds a Senior Professional in Human Resources (SPHR) certification from the Human Resources Certification Institute (HRCI). She has also served as an alumni ambassador with Penn State World Campus since 2014. Heather started her career in the emergency management and medical field more than 25 years ago and has since worked in a variety of leadership positions in the healthcare, manufacturing, service, logistics, and financial industries. Her focus is on improving work environments and developing leaders who are employee-focused. She is also interested in community involvement and giving to others, both within the U.S. and in other countries. Heather has also served on a variety of 501(c)(3) boards and in the mission field for several years. Her adventurous personality has taken her to many areas of the U.S. and overseas to Africa and China. She has performed medical mission work in several African countries on multiple trips to the continent. With her extended knowledge of business, she brings a deep understanding of organizational development, communication, leadership, and philanthropy. 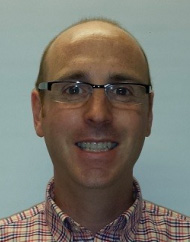 Chris has worked in the human resources industry for the past 15 years, mainly focusing on labor relations. Today, Chris works for the Canadian Broadcasting Corporation (CBC) as a senior human resources business partner. Chris graduated from Penn State World Campus with a Master of Professional Studies in Human Resources and Employment Relations in 2018 and from Acadia University with his Bachelor of Business Administration in 1997, and he holds his CPHR (Chartered Professional in Human Resources) designation. Chris resides in Chester, Nova Scotia, with his partner, Kate; sons Cameron, Max, and Oliver; and dog, Maple. 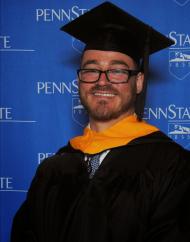 Zachary has more than a decade of experience with information systems in both the public and private sectors. Currently, he serves as an alumni ambassador for Penn State World Campus, helping prospective students throughout their application process, and as an adjunct instructor for Penn State World Campus. Whether easing a prospective student’s fears about returning to school, working with current students, or simply providing his opinion on a program and its course work, Zachary strives to help students continue their paths of excellence. Zachary earned a Master of Professional Studies in Information Sciences from Penn State World Campus in 2014. 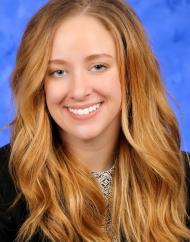 Olivia graduated in 2019 with a Bachelor of Science in Human Development and Family Studies from Penn State World Campus. She has a passion for advocacy and serving others. She completed a 480+ hour internship with a local school in their School Counseling Department. In addition, she worked for a local Children, Youth, and Family Services. Olivia currently works in the field of research and is planning on going back to school to achieve her lifelong dream of becoming a school counselor. 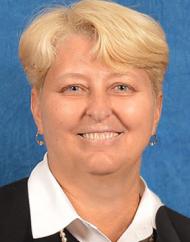